Indoor Air and Plants That Help Purify It 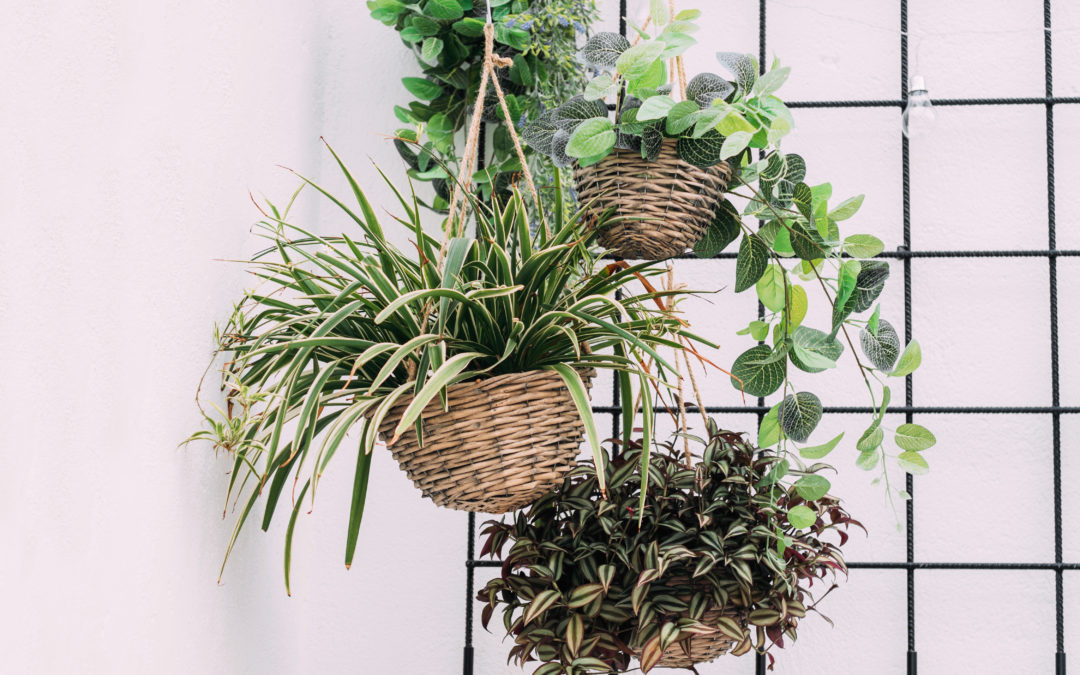 NASA and houseplants are a strange combination. However, in 1989, the space administration studied plants as a means of purifying the air in space stations. This groundbreaking study found that many plants are surprisingly effective in filtering indoor air toxins and pollutants.

This is a very important discovery, considering that most people spend over 90 percent of their time indoors.

Plants naturally absorb carbon dioxide and release oxygen, the gaseous element that keeps us alive. They neutralize indoor contaminants (which can be two to five times greater than outdoors) by absorbing them at the same time that they absorb carbon dioxide. These are the toxins they purify:

NASA identified 50 houseplants that eliminate these contaminants. The director of NASA’s study, Dr. B.C. Wolverton, rated the plants from one to 10 based on their ability to remove toxins, resistance to insects, ease of growth and upkeep and the rate of water evaporation from their leaves.

If you want to buttress the purifying strength of plants, Progressive Air Systems, diligently serving the Tampa Bay area for 34 years, can install a whole home in-duct air purifier that targets particulates, microbes, and gases.

Here is a sampling of the plants that can augment our purification systems. If you have pets, remember to go online, talk to the staff at your lawn and garden shop, or look them up on the ASPCA Toxic and Non-Toxic page to make sure they’re pet-safe.

Dr. Wolverton discovered that the powerhouse areca palm removed more xylene and toluene from indoor air than any other plant. The areca plant also releases a large amount of water vapor, which is an additional advantage if you live in a dry region. Areca palms have a lifespan of about 10 years.

The lady palm is tied with the areca palm as NASA’s best air-purifying plant. It’s extremely comfortable in just about any climate, from 20 to 100 degrees Fahrenheit.

Rubber plants are particularly good at eliminating formaldehyde from the air. They have broad, rubbery leaves, and they can grow to be eight feet tall with a spread of five feet. Rubber plants are very hardy, so they’re forgiving if you forget to water them.

The spider plant is one of the easiest plants to care for and one of the most resilient. The NASA study determined that spider plants removed 95 percent of formaldehyde from a sealed chamber in 24 hours. Spider plants also absorb radiation from electronic devices

Snake plants can absorb and neutralize an impressive 107 air pollutants, including nitrogen monoxide and carbon monoxide. It only takes two of these power-packed plants to clean the air in a 100 square foot room.

In Dr. Wolverton’s test, the Boston fern outranked all plants studied for its formaldehyde-removing prowess. Since formaldehyde is prevalent in numerous household items, Boston ferns could be a good addition to your home.

Peace Lilies are powerful air-cleaning multi-taskers. They remove benzene, formaldehyde, acetone, alcohols, and trichloroethylene. They have the exceptional ability to both purify and effectively humidify the air. Peace lilies are one of the few tropical plants that can bloom indoors.

The betal leaf plant powerfully absorbs electromagnetic waves that may damage DNA. In order to effectively use it for cleansing your space of radiation, place it near things that emit radiation, such as computers, microwaves, hairdryers and granite countertops (they contain uranium).

The dracaena is an amazing plant that reduced the amount of benzene in NASA’s test chamber by 78 percent. It’s also particularly effective at removing high amounts of formaldehyde from newly furnished or newly carpeted rooms.

Houseplants are powerful contaminant neutralizers that can tackle everything from dirt and dust to poisonous chemicals. Although toxin-filtering plants are a boon for indoor air, they’re still not a complete alternative to commercial air cleaners. Progressive Air Systems can install a high-efficiency MERV 10 filter, and your home will be as fresh as a daisy.